3 Ways To Encourage Language During Play 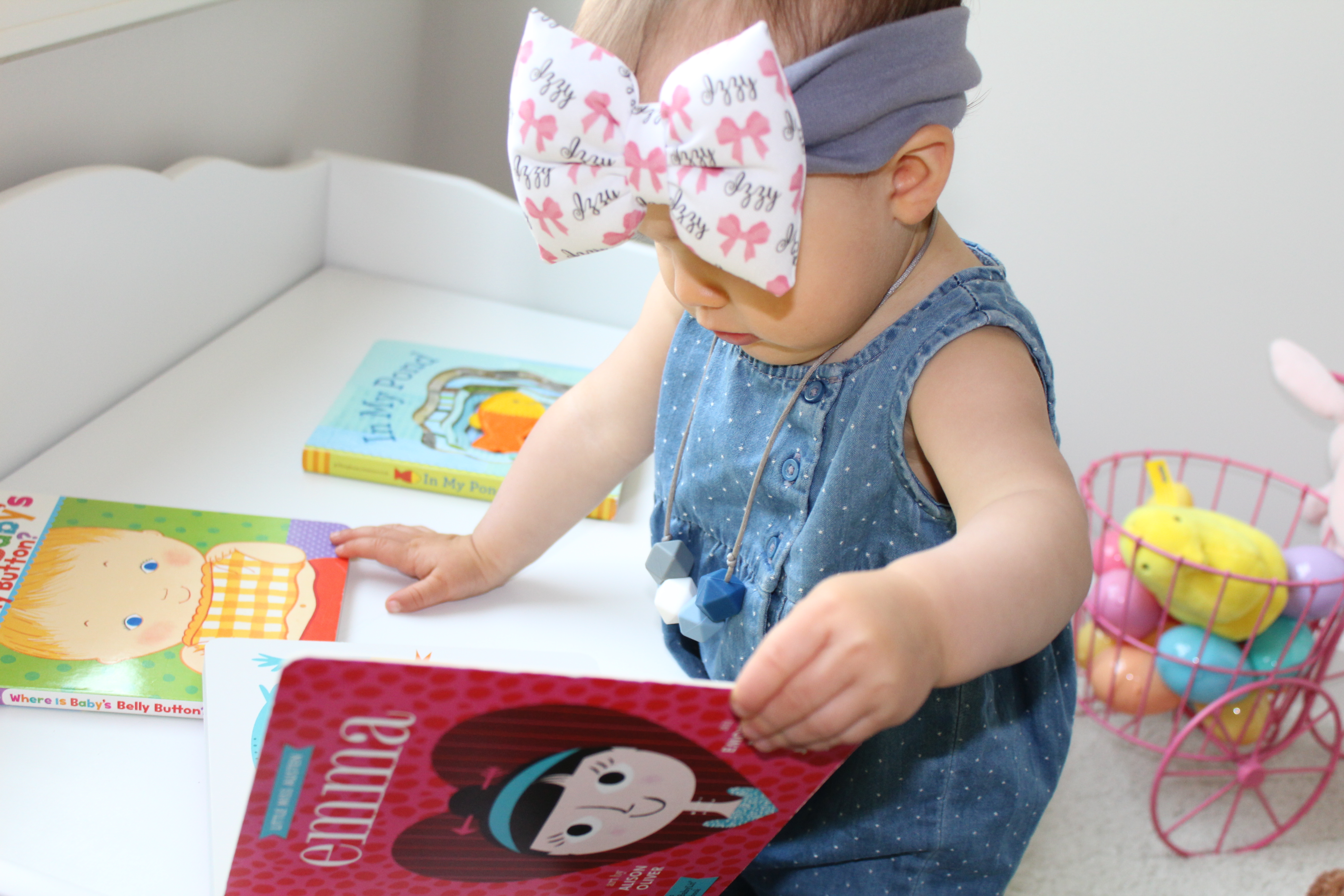 If you didn’t know, I used to be a teacher until I went part time. I taught special education and early education prior. Being a birth through 5 major I learned a lot of about early development and the importance of play. Here are some skills I picked up on for encouraging language in play.

It is extremely important to read books to your little ones because this can expose them to words they might not otherwise here during your day to day conversations.

When you come to a word you think they might not know you can rephrase or state it a couple times so they can start to grasp the definition. For children under 3 it’s best to just rephrase or state a similar word they might know. For example: “The rose bush was sharp.” You would then say, “ouch, prickly” or “ouch it hurts.” This allows them to understand. Acting it out by touching the rose bush in the story and pulling your hand back saying, “ouch” will also help them to further understand.

If your child is 3+ than you can ask them what they think the word means and then give them simple words or definitions that will explain the new word to them. With 3+ one of my favorite things to do when introducing a new word is to let them expore it with their 5 senses. Maybe 1 time a week you chose a word you want your child to learn or you saw in a story. Maybe the word you chose is pomegranate. They heard about it in a story or even on a favorite tv show. You can tell them it is fruit, but think how abstract that it. That doesn’t fully let them understand truly what a pomegranate is. Go to store and buy one, let them touch it and smell it. Cut the pomegranate open for them. Now let them touch the needs and taste them. Now they fully understand this new word and fruit.

While playing with your child or getting them something to eat or drink, don’t use baby talk. Calling water, “wawa” is not developmentally helpful for language. You should be saying, “Do you want water?” After that you can repeat simply, “water?” While you state this hold up the cup so your child can grasp and piece together the language. You want them to learn we speak in full sentences and you want them to learn the word is water. Just because they might not be talking or can only say, “wawa” themselves does not mean that you should be lowering your language level. If your child does say, “wawa” you can repeat, yes, “water.” You also need to keep in mind children’s receptive language skills grow much  quicker than their expressive language skills. This means they can comprehend what you are saying way before you start hearing words and phrases. This is why you often see people using baby sign. This is a way for your baby to physically communicate before their mouths are developmentally ready to.

Bottom line a toy with batteries will most likely keep them engaged, but not as much with you. In order to keep your child engaged with you, so you can talk and play with them, pick open ended toys. For example you could pull out play food and plates and pretend to feed stuffed animals. Ask the animals questions modeling for your child what to say such as, “Are you hungry?”, “Do you want some tea?”, “Would you like another bite?”. Now you are modeling for them how to speak during play and what types of things they could say when using the play food. Izzy is 13 months right now and she has been pretending to feed me and her stuffed animals since she was at least 12 months old. 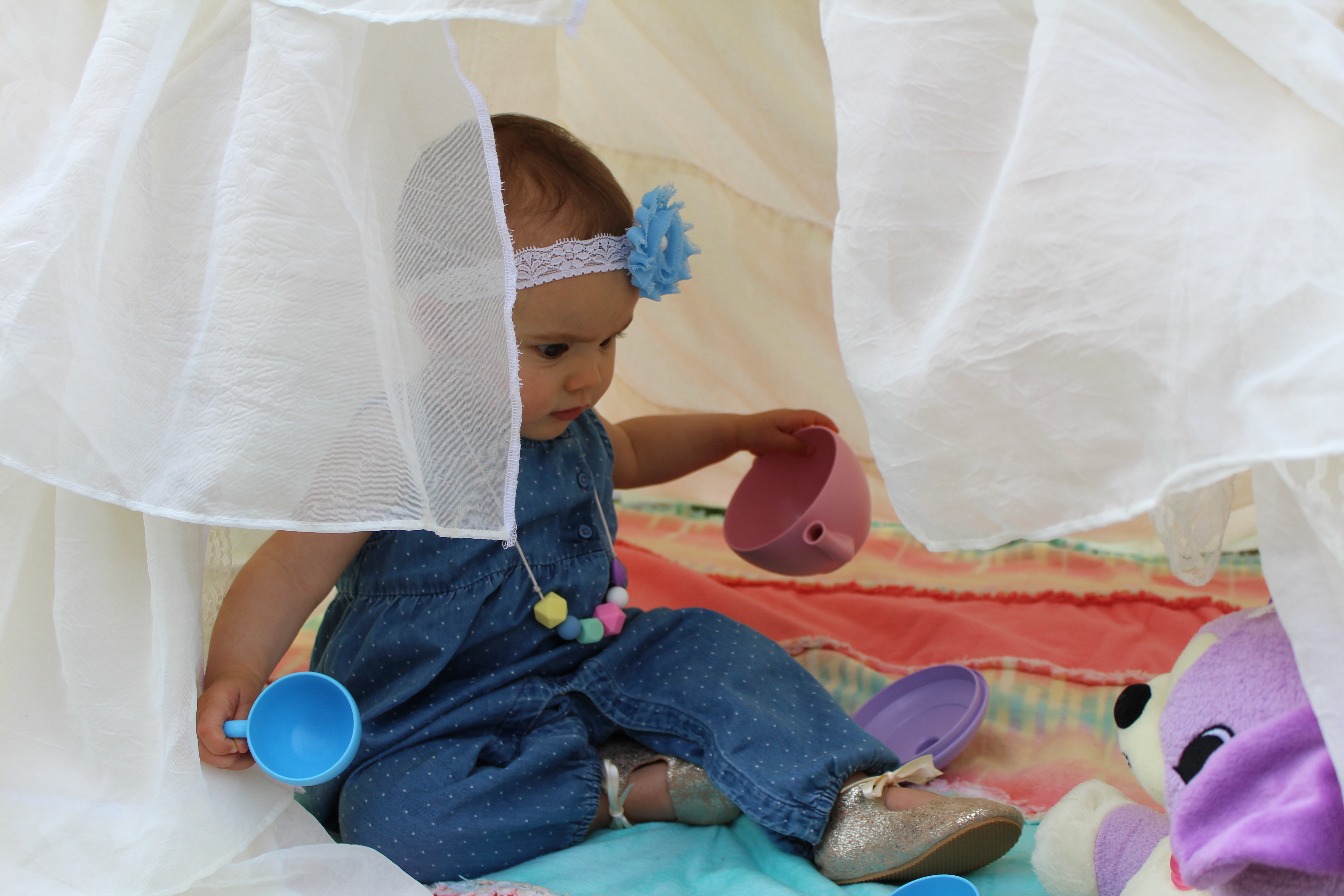